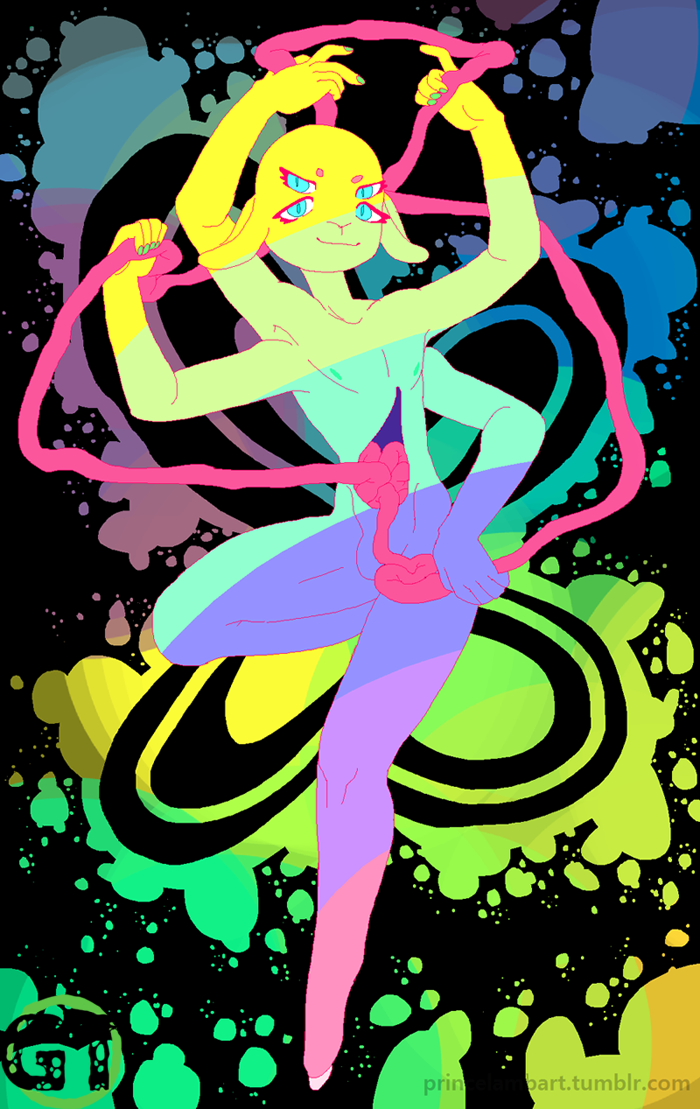 hi, my name is rex, also known as prince lamb on tumblr and lambscape on furaffinity! im a trans guy from england who spends his free time drawing gross stuff and playing video games. i started drawing gore some time after i finished school, but i remember discovering gurochan during a free period and being absolutely fascinated. the stuff i saw there really grossed me out but i kept going back to look at more. it wasnt until a few years later when i came across an artist called manglo who was a big inspiration to me when i was younger, that i started drawing stuff like this for myself. weirdly, red is actually one of my least favourite colours, so i vary rarely use it, instead i adore using pinks and purples for all my blood and guts. my art usually features bright colours or pastels, or sometimes both at the same time! i love drawing gross and weird things but i also like to keep it cute in some manner, either with the colours or the character featured. the juxtaposition between cute and gross is very fun.

Support GenderTerror and its creators by becoming a part of our Patreon! Every dollar counts!